Many years ago I witnessed a whip demo and I was mesmerized. Being a handy sort of guy I figured I would make a whip and learn to use it. Well after years of trying and many dollars in wasted leather I finally made a decent whip.

With the help of other whipmakers and friends in the APWA I honed my skills until I felt confident in selling my creations. This was way back in the dark ages (2001). I now can say I make a really nice whip and many who own them can attest to that so browse my website and I’m sure you’ll find something that strikes your fancy.

I’m often asked by a prospective customer to make them a “single tail”. My reply is to ask them what kind of single tail?

Over time the signal whip has come to be called “single tail”and the term is often misunderstood. Any whip with a single thong is a single tail. 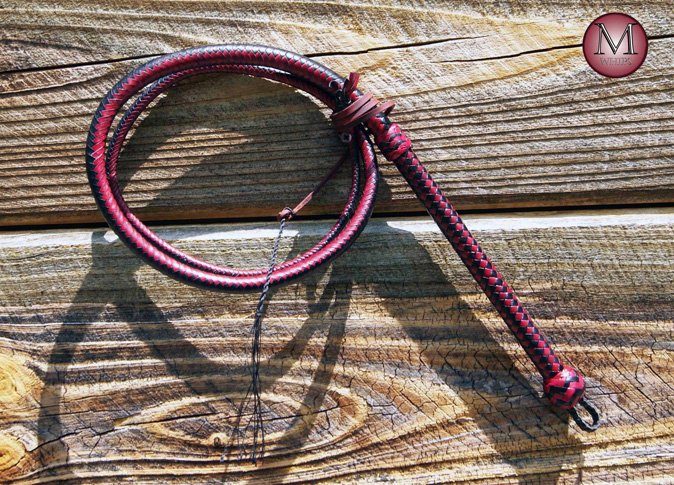