The signal whip is flexible throughout its length. There are a couple of explanations of its origin.

One is that it was used by London horse drawn cab drivers to signal one another. The other is that they are used by dog sledders.

Traditionally, the signal whip has the cracker plaited into the thong of the whip and the whip has to be returned to a whip maker to replace the cracker. In recent years, whip makers have found various ways to make the cracker changeable by the user.

Personally, I use a braided loop on the tip of the signal whip to accomplish this. Signal whips are weighted with lead to make them crack easier, as they tend to be shorter than other whips. 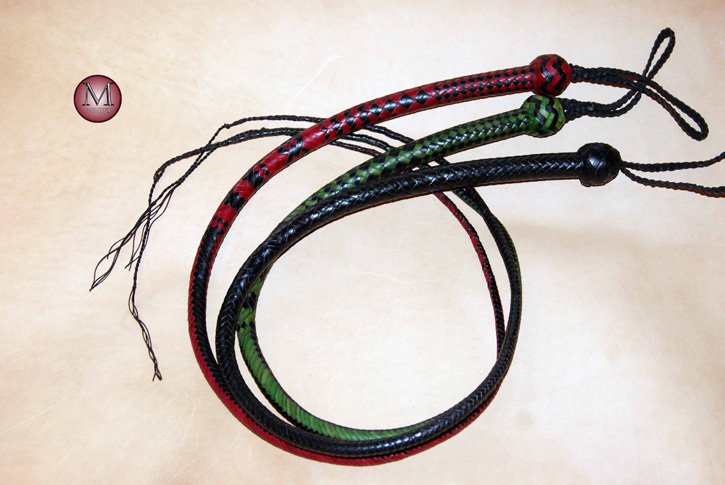 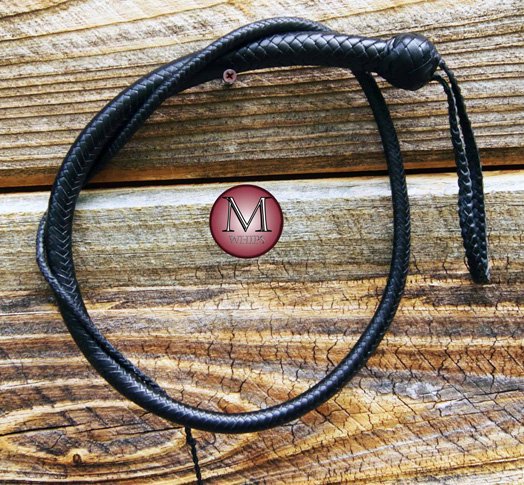 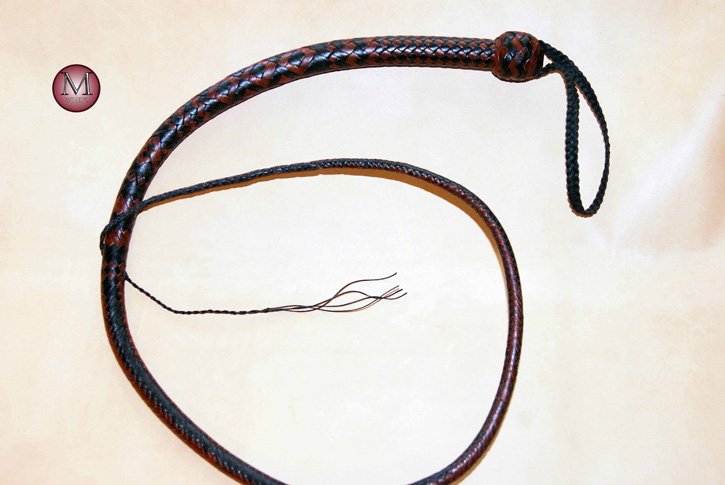